Patrice Karst is the author of the bestselling, contemporary classic children’s (and adults’!) book The Invisible String, which has sold over 1 million copies. It is the story of the String (made out of love!) that connects us all.

In addition to being shared by all ages as a gift for many of life’s milestone moments, it is also being used by schools, psychologists, hospices, grief groups, the military, hospitals, the prison system and multiple organizations worldwide for any kind of loss or separation issues, and gives children a tangible understanding of LOVE. A leading title for healing, comfort, bereavement and counseling of children and their families since its original publication in 2000, The Invisible String continues to soar because of its timeless message.

The paperback version of the book published by Little Brown Books for Young Readers (Hachette Book Group) features all-new illustrations by Joanne Lew-Vriethoff and a letter from the author. 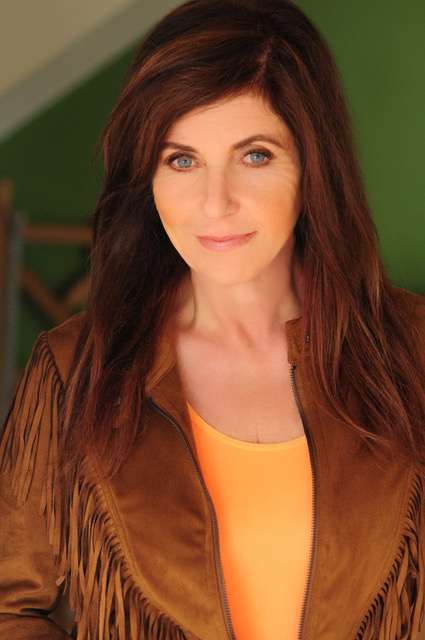 In December 2020 You are Never Alone (An Invisible String Lullaby) was released.

Patrice and her books have been widely featured in print and broadcast media and she is a well-loved public speaker. Her work touches children and adults alike. Love and the needs of the heart are something Patrice understands well. She has made a literary career out of addressing in warm and humorous prose the challenges that tickle or trouble our souls, both spiritually and practically. Patrice’s books are the perfect fit for the time in which we live, offering comfort, support and wisdom in her down-to-earth way.

All of Patrice’s books carry the universal theme of LOVE. Her adult books include God Made Easy and  The Single Mother’s Survival Guide, and her other children’s titles include The Smile That Went Around the World. Patrice is a member of the Society of Children’s Book Writers and Illustrators and her books have been translated worldwide.

Born in London, England, she moved to the United States as a child, where she spent many a night pondering the meaning of life under the canopy of stars, and she has been on a fascinating creative and spiritual journey ever since. A “seeker” and spiritual student since childhood, her quest culminated in the writing of her first bestselling book. Hers is a miraculous story: On the morning of November 11th, 1995, she was woken from a dream and an inner voice “told her” to write her first book. She did it in an hour and signed a publishing deal for God Made Easy three weeks later.

The single mother of Elijah (now grown and living nearby), Patrice lives and writes near the beach in Ventura, California, where she is currently editing her memoir (and what a wild ride it has been!), working on more titles, and still gazing up in wonder at starry nights.